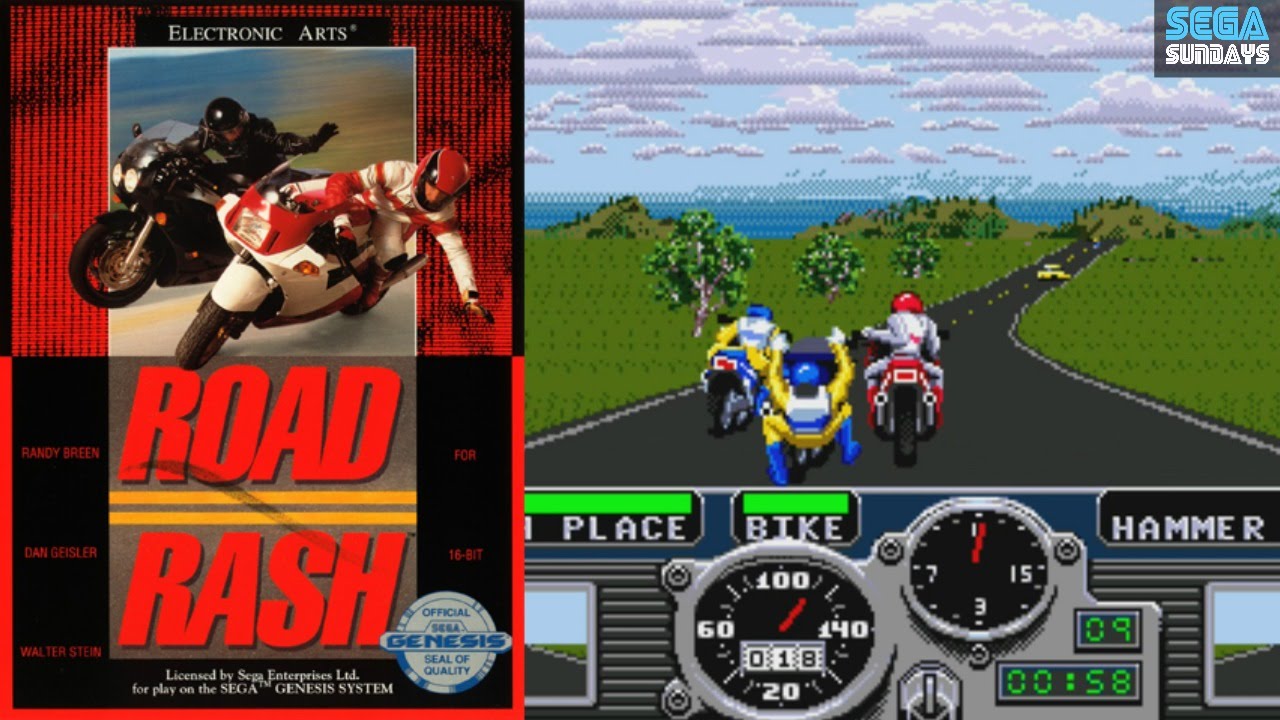 Road Rash was a motorcycle racing game developed by Electronic Arts (EA) in 1991 on my favorite console of all time Sega Genesis.  Something that I probably didn’t notice, when I was playing at 7, the game took place in California 🤷🏾‍♀️🤷🏾‍♀️.

The race consisted of 14 other racers and you tried to win by any means and I mean any means.  You could kick, punch use weapons to knock an opponent off their bike and take the lead.  Doing these actions were risky, because you had to stay on the road and avoid hazards.

Road Rash has been released multiple times over the years and I believe the last attempt was in 2000 with Road Rash: Jailbreak.  It is a game that never gets old who does not like racing and fighting games its the best of both worlds.  Let me know if you remember this game and could we get a remastered version.

Also, check out Militia Gaming League’s Retro Gaming Wednesday streams where they play all of the best old school games and take you back down memory lane.

Road Rash that was available on the Sega Genesis platform in 1991.

Check it out Live at 8pm EST on our twitch: https://t.co/7C6nvcWQF2 pic.twitter.com/Rq3XFiWNXg